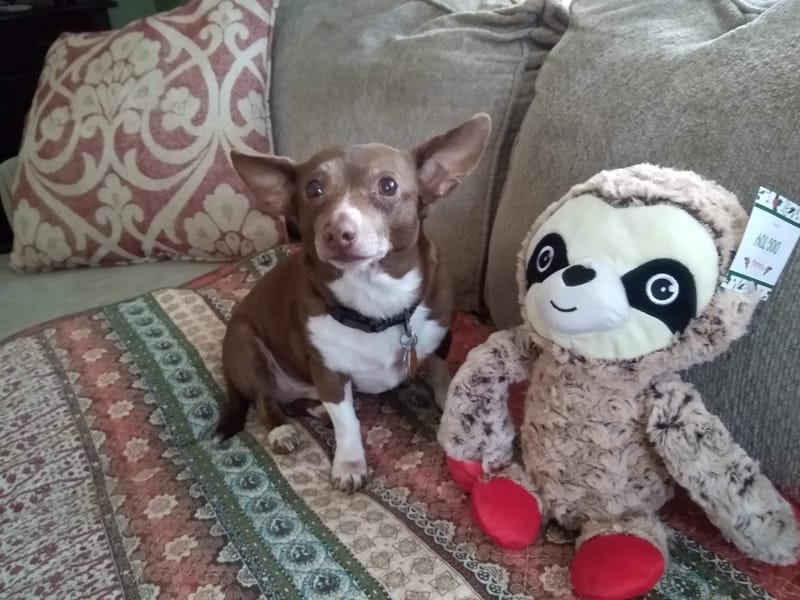 Tuffy is a lovable, male, Chihuahua mix. He was rescued from a horrific hoarding situation where he and dozens of other animals lived in deplorable conditions. A strong-minded little guy, Tuffy wasn’t happy in a kennel and was sent to us for rehabilitation. He was frightened of his new surroundings at first and hid under furniture. After working with him, Tuffy learned to trust his caregivers and quickly became a devoted lap dog. He adopted us. He is exceptionally intelligent, incredibly devoted and will follow you everywhere. He is deaf, but has been taught to understand many sign language gestures and also reads lips pretty well. Tuffy is happiest when being pet. In fact, he insists on it. He does well with other animals, but can be a little jealous. He wants other dogs to know that he is in charge. He is active for his age, walking several miles a day.