During the Revolutionary War in the late 1700s many Connecticut residents were burned out of their homes by the raiding British. To compensate these citizens for their losses, the Connecticut Assembly awarded the "Sufferers" 500,000 acres in the western most portion of the Western Reserve, which came to be known as the Firelands. Settlement was slow due to the remoteness of the tract and the difficulties in reaching it.
Capt. William Austin, of New London Connecticut, was one of the first settlers in Vermilion. He arrived with his family in 1809 and built a home a half mile west of the mouth of the Vermilion River which flows into Lake Erie. His wife, Elizabeth, was the first white woman in Vermilion.
The greater part the lake’s southern shore was at one time occupied by a tribe of Indians called the Eries. The word translates to ‘cat’, likely in reference to the wild cat or panther that once roamed the area. The lake was referred to as “Lake of the Cat” by the Indians. Vermilion was named by Native Americans for the red clay along the river banks. Oulanie Thepy (Red Creek) in the Indian’s language was translated by early French explorers as “Vermilion River.”

Capt. William Austin was a man of energy and built the first schooner along the river in 1812. She was the “Friendship”, a schooner of the times, about a fifty footer registered at 57 tons in Cleveland in 1817. Where the ship was built is not exactly known but the builders chose a flat place along the riverside. This most certainly had to be near the foot of Huron Street where the later shipyard stood when ship building became the main industry in the village. Small schooners were ideal for scudding along the lake shore bringing in supplies from Buffalo and other ports. They were as large as the natural river bars would allow and enough cargo capacity to supply the needs of the early settlements.

Mr. Austin, a Master Seaman, made nineteen trips a year to Newfoundland, Canada and Spain. He was known for having visited every port on the globe.

Many settlers left the area during the War of 1812 and did not return until after Commodore Oliver Hazard Perry's victory over the British fleet. Capt. Austin was not one of them. He remained in Vermilion and sailed the famous “Friendship” during and after the War of 1812. He carried soldiers to the battle on the Peninsula. This famous naval battle was fought in the waters of Lake Erie just a few miles from South Bass Island. It marks the only time in history that a British naval fleet ever surrendered and inspired the Star Spangled Banner and the song we know today as our National Anthem.

In 1821 Capt. Austin built the first stone house in Vermilion. He opened the first public house at or near the mouth of the Vermillion River. The first religious meeting in Vermilion was held at his home.

The captain was a very genial man, but it was unsafe to cross him. His rule aboard his ship was to have everything in its place. Any deviation from this rule resulted in certain punishment.

He would never admit to flatteries and was as outspoken and abrupt as honest. On one occasion when a man attempted to get favor by appealing to his pride, saying to him how obliging and clever a man he was, the captain replied, "CLEVER!, CLEVER! SO IS THE DEVIL SO LONG AS YOU PLEASE HIM." 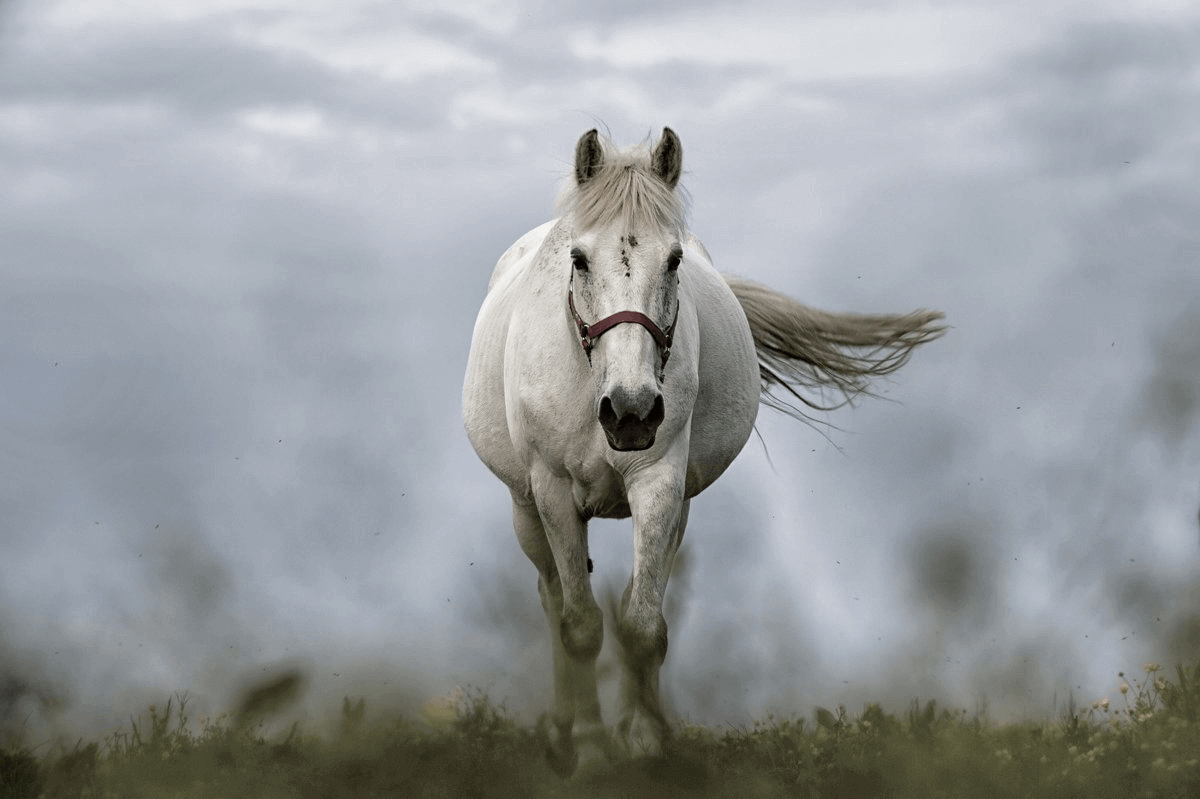 He was a full believer in premonitions and warnings from unseen agents, and believed he was always warned of danger by a raving white horse in his dreams.Around 1814 he was on his way to Detroit with several merchants as passengers. It was a delightful Indian summer day. On the way to the Islands the old white horse paid him a furious visit in his sleep, and about noon he tied up in Put- Away- Bay. The passengers were indignant; fine day, fair wind, and nothing to hinder but the old man's obstinacy or laziness. But he was immovable, not a foot would he stir out of the harbor that day. Just after nightfall came a furious snow storm and gales which so frequently destroyed ships and numerous lives on Lake Erie. In the morning the deck was covered with a foot of snow, and the wind was blowing a hurricane outside the harbor. His passengers were now very thankful for the escape, and the next day with a fair sky they landed safely in Detroit.

Once as he was returning to America, the ship making good way with a favorable wind, he retired after dinner and fell asleep. The old white horse came, with mouth wide open and in great fury. The captain bounded from his bunk, hastened to the deck, and sang out "about ship in an instant!" The order was instantly obeyed and when the ship rounded the fog, the breakers were less than eighty rods ahead, and the iron bound coast of Labrador in plain sight just beyond. Ten minutes more and "we would have never been heard of again" said the captain.

Under the protection of his white horse, Capt. Austin never met with a serious disaster, and had escaped very many. 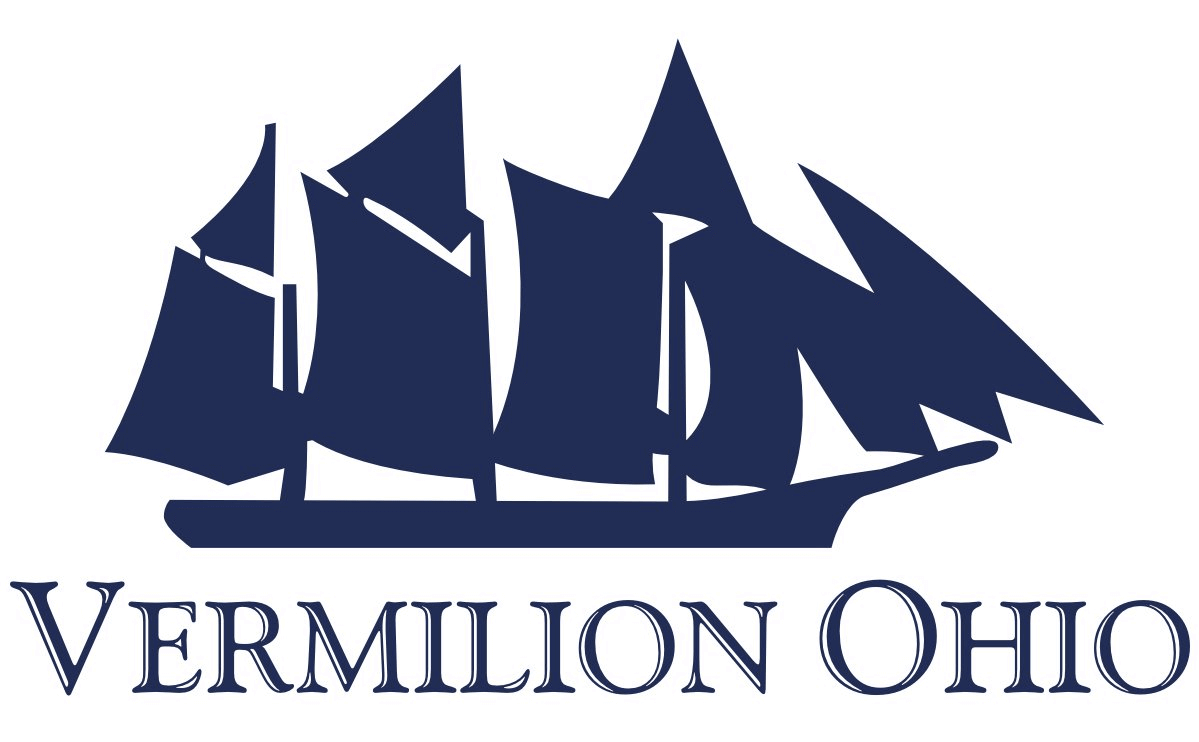 28 years after Capt. Austin built the legendary “Friendship” schooner, the U.S. Army Corps of Engineers built the two piers at the mouth of the river which provided the bar depth builders needed to take crafts to sea. Thus began the "Golden Age" of ship building on the river, in tune with the great demand for shipping on the lakes. In a period of 36 years 48 large lake schooners were built. This provided jobs and growth for the community. The harbor was a beehive of activity and the sound of the maul on caulking iron was a musical note that rang throughout the valley. The schooner was the "work horse" and a very important transportation means in the opening of the vast Great Lakes Country. They reigned supreme until a new form of transportation arrived along shore, the steam railroad.Capt. William Austin couldn't have known in 1812 that his ship would become a cherished symbol of a town that had not yet even been incorporated. The “Friendship” schooner flies on Vermilion’s official flag and welcomes visitors on our city signage.
History