Historical markers commemorate Crystal Beach Park at the north end of Nantucket Drive in Vermilion, Ohio. The markers are a collaborative effort of Crystal Shores Apartments and members of the family who used to operated the park. 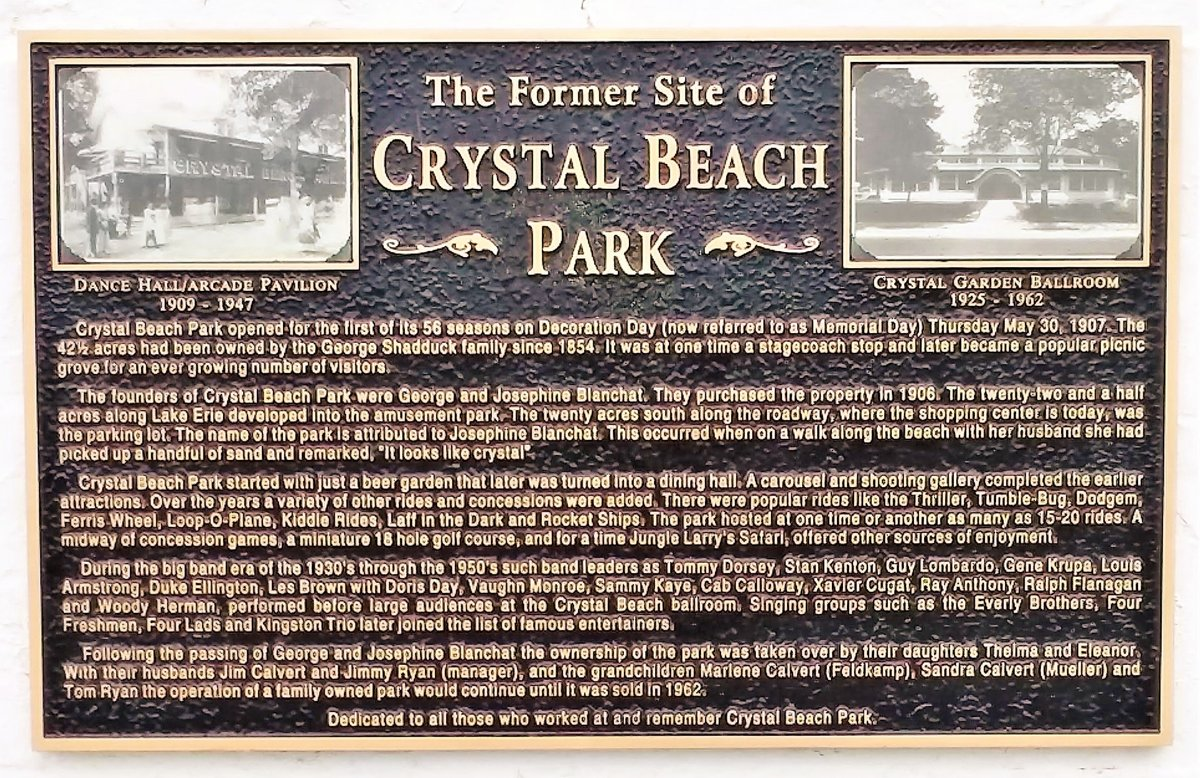 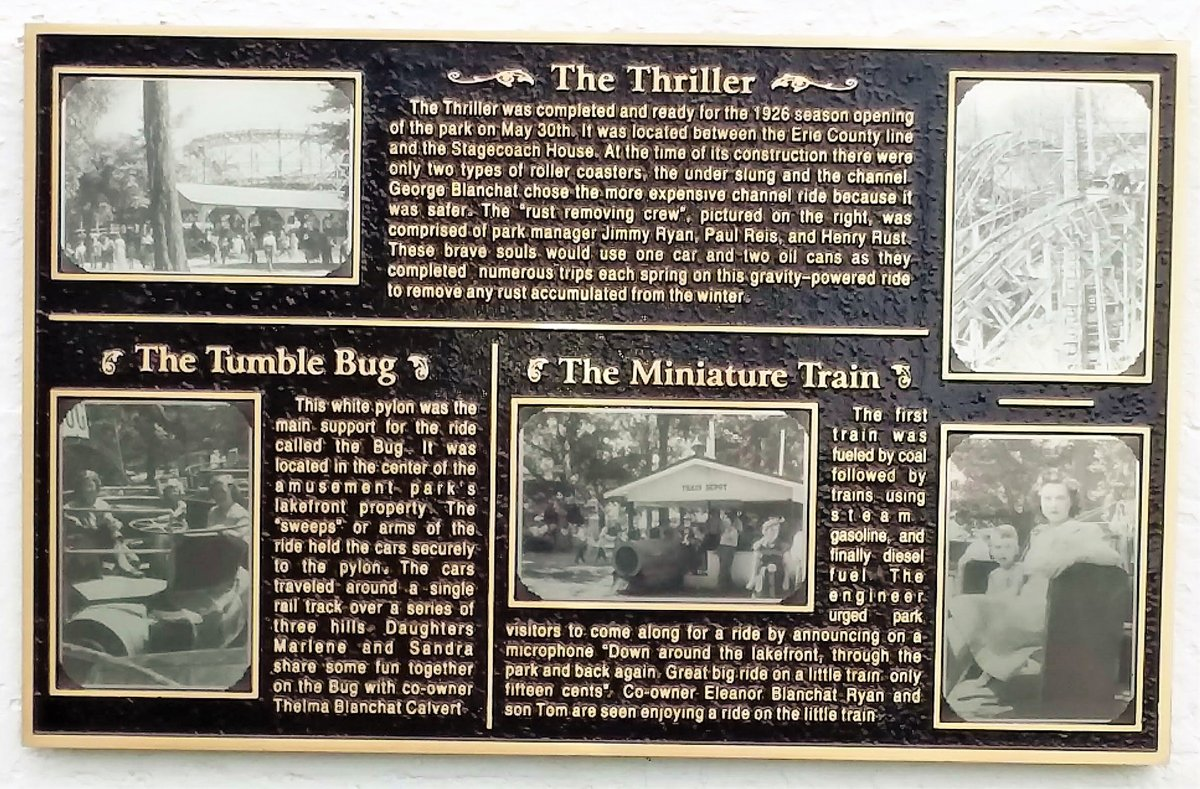 Craig Luther, 31, an Army veteran and reservist, is a maintenance technician for Crystal Shores Apartments. He teamed up with family members of the former owners of Crystal Beach Park to honor the iconic park that operated from 1907 to 1962 at the current Crystal Shores Apartments location. Marlene Feldkamp, 81, and Sandra Mueller, 73, are granddaughters of George and Josephine Blanchat, Crystal Beach Park's original owners. Carole Ryan, 79, was the wife of Tom Ryan, a grandson of George and Josephine Blanchat. 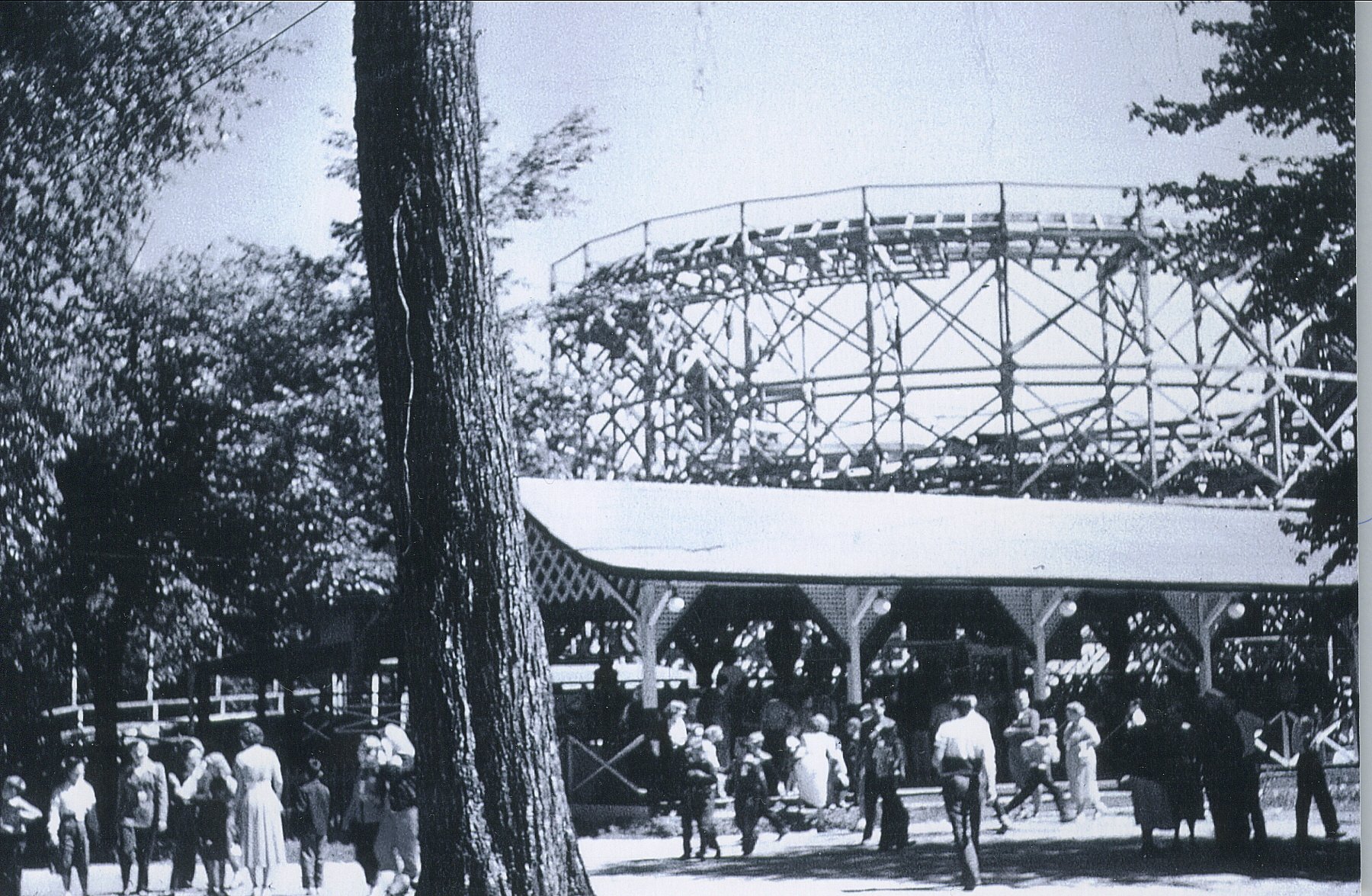 In 1906 George Blanchat purchased the park and named it Crystal Beach Park after his wife, Josephine's, description of the "crystal-like" sand on the beach. With rides and concessions added, Crystal Beach opened on Decoration Day, 1907. Along with the transition of ownership and name came other changes; even the square dancing gave way to the two-step. Some of the original buildings for the premier season were a pavilion for dancing and serving refreshments, a beer garden, a shooting gallery and a merry-go-round. Later bowling alleys, a toboggan slide into Lake Erie and a large restaurant were added. By the twenties, Crystal Beach featured such popular rides as the Bug, the Caterpillar, the circle swing called "Airplanes" and the Crystal Thriller roller coaster.

Rivaling the big thrill rides in popularity was the dance hall, the Crystal Garden. This hall played host to well-known bands as Guy Lombardo, Duke Ellington, Count Basie, Cab Calloway, Les Brown, Sammy Kaye and Lawrence Welk, to name just a few. This one feature drew people from Cleveland, Columbus and Toledo. As the big bands flourished, so did Crystal Beach. Certainly ballroom dancing provided a central attraction to the many amusement parks of that era.

George Blanchat passed away in 1938 and James Ryan, active at the park since 1929, took over as manager for Mrs. J. Blanchat. Jimmy Ryan held that position until the park's close at the end of the 1962 season.