The History Of The First School In Brownhelm

This first school in Brownhelm Township Ohio was opened by Mrs. Harriet Alverson in her own house in the summer of 1819, an 18 x 22 structure built of log on the brow of the hill called Strut Street School.
Harriet's husband, William Alverson, was born August 18, 1784 in Holland, sailed from Amsterdam with his widowed mother and two brothers when he was ten years old. They settled in Poughkeepsie, New York. When he was a young man, he moved to Stockbridge, Massachusetts. At the age of 32 he embarked on an adventure to become one of the founding fathers of Brownhelm Township, Ohio.

Frost had killed off most of the crops in New England in May of 1816, the “Year without Summer”. The result was regional malnutrition, starvation, and epidemic. Spurred on by this natural disaster, in the fall of 1816 William Alverson traveled with Henry Brown and several young men from Massachusetts to northeast Ohio where Brown selected a tract of land, about a mile square, in the northeast corner near the lake shore. Brown and Alverson were accompanied by Peter P. Pease, Charles Whittlesey and William Lincoln. The men helped to erect a cabin for Brown and began improvement of the land, as did Seth Morse and Rensselaer Cooley. Col. Brown, as he was formerly called, returned to Massachusetts leaving his men to make preparations for other families moving out to the township the following year. Morse and Cooley returned to the East for the winter. Alverson, Lincoln, Pease and Whittlesey remained.
Township officers were chosen at the spring election in 1819, held at the home of George Bacon. Calvin Leonard, Levi Shepard and Alva Curtis were elected trustees; Anson Cooper, township clerk; William Alverson, treasurer; Benjamin Bacon and Levi Shepard, justices of the peace.
Some of the young men had arrangements cast that they returned to consummate after they had stuck their stakes. These were the earliest visits to the east. Returning to Stockbridge, Massachusetts, William Alverson married Harriet Fairchild, sister of Grandison Fairchild, born August 2, 1798 in Stockbridge. They married June 8, 1819. Soon after their marriage they went to Brownhelm, Ohio with an oxteam. They were on the way six weeks. 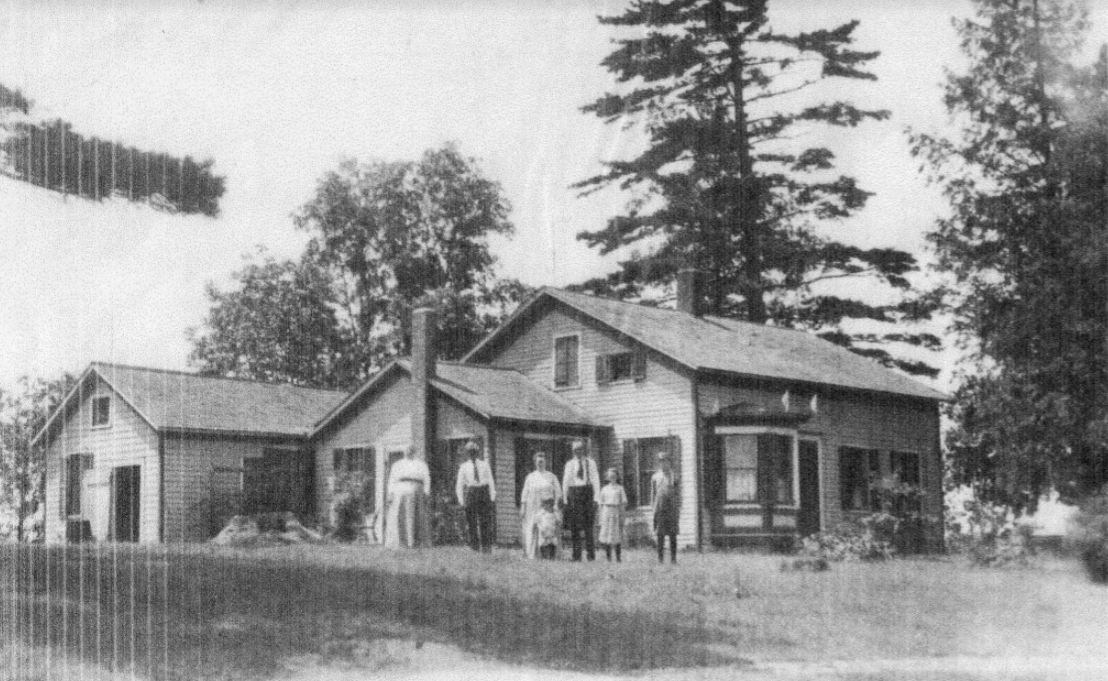