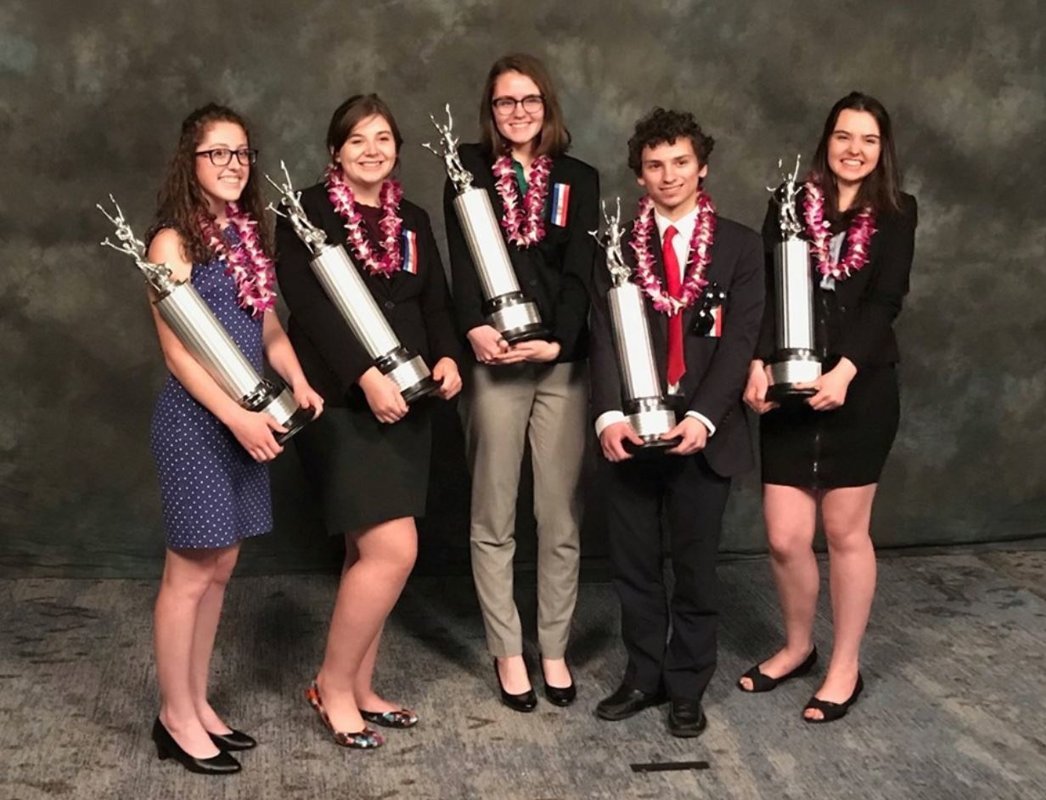 LeBlanc finished 68th out of 193 teams on another team, and finished 182nd out of 870 entries in an extemporaneous debate. Dotson tied fourth place in Big Questions.

Hughes, LeBlanc and Dotson are now VHS graduates. Oliver, a top 10 point scorer, a three-time state qualifier, and an academic All-American, will return for her last speech and debate season. She is the first Vermilion student to break at the state tournament in public forum debate.