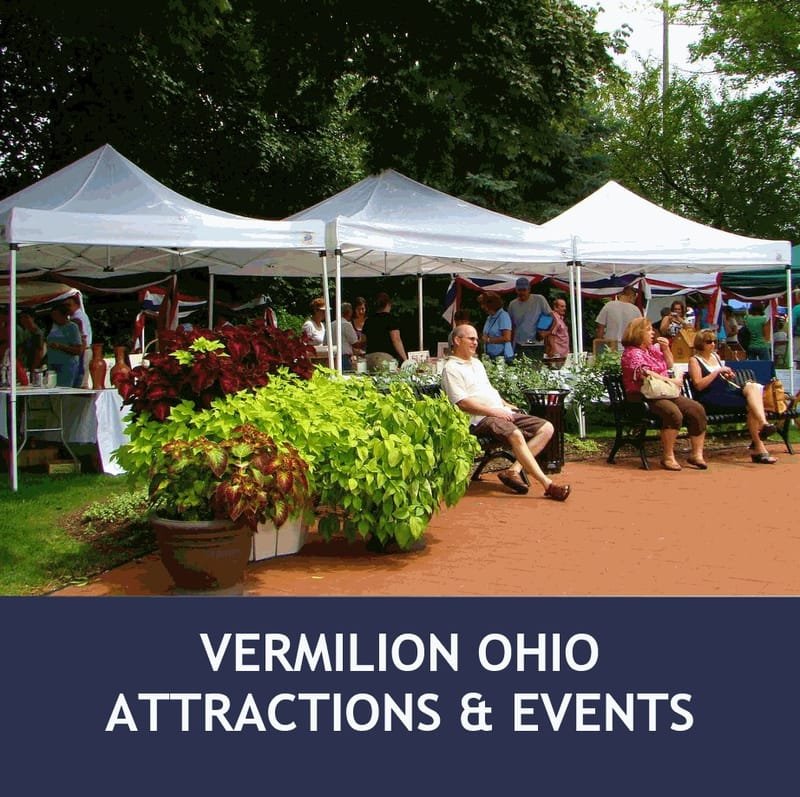 Free concerts, outdoor movies, museums, galleries and more are offered throughout the year in Vermilion, Ohio and surrounding areas. Discover all the arts and entertainment that Vermilion has to offer. Discover Vermilion Ohio's Arts & Entertainment. 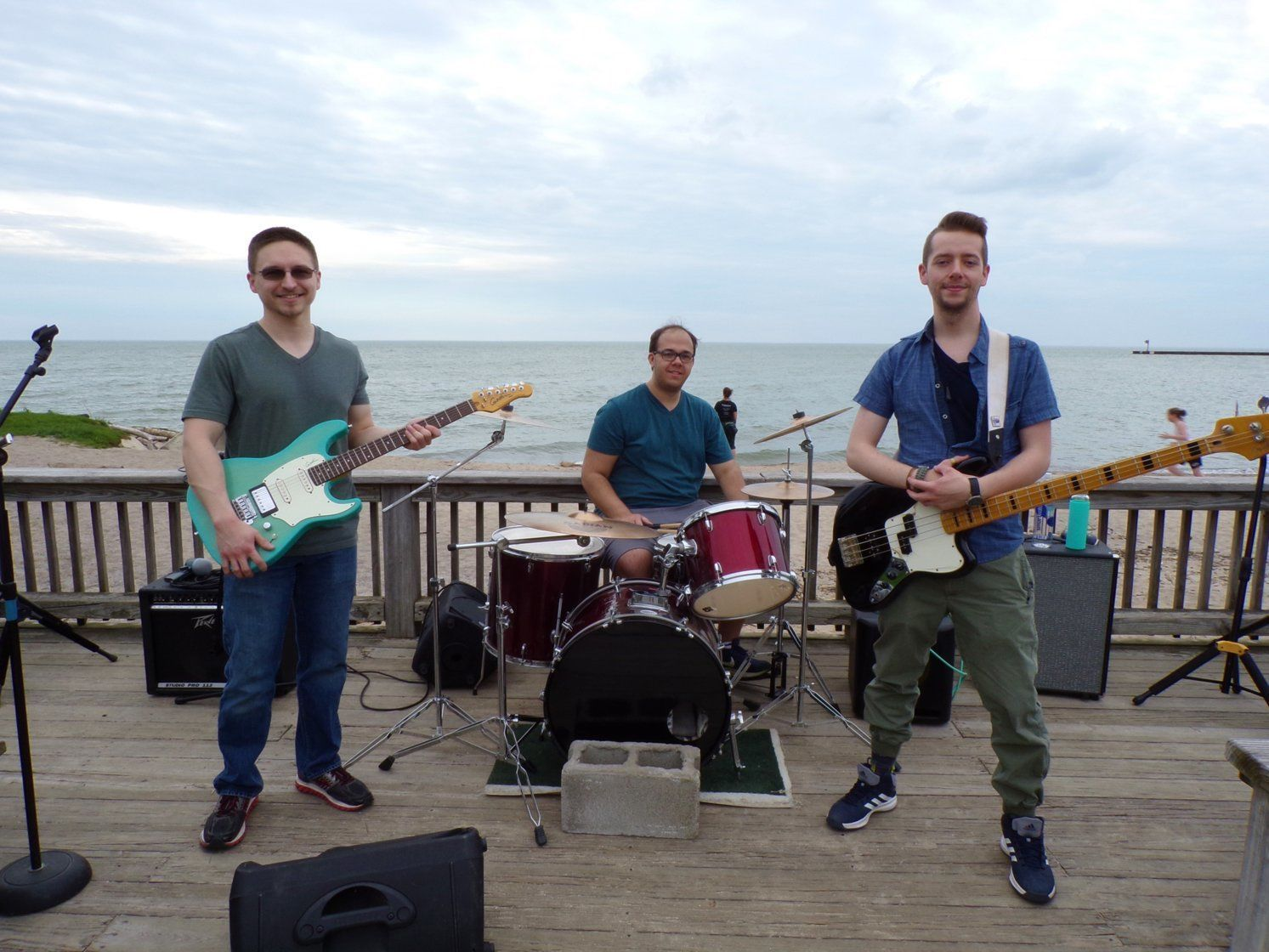 Vermilion is recognized for its festivals and community events. The Woollybear Festival is a one-day gathering that draws over 150,000 visitors to our city and includes the longest parade in Ohio. The Festival of the Fish, held each June, is a three-day event drawing visitors to take part in our celebration of the sea. Third Thursdays provide an array of live music for your listening enjoyment in several different locations throughout town.
The Vermilion Farmers Market offers locally grown produce and products, local cottage industry products, art, and local crafted items. Watch as the roads and walks along Vermilion's Main Street fill up with bright chalk drawings created by local artistic talent at Chalk it Up! 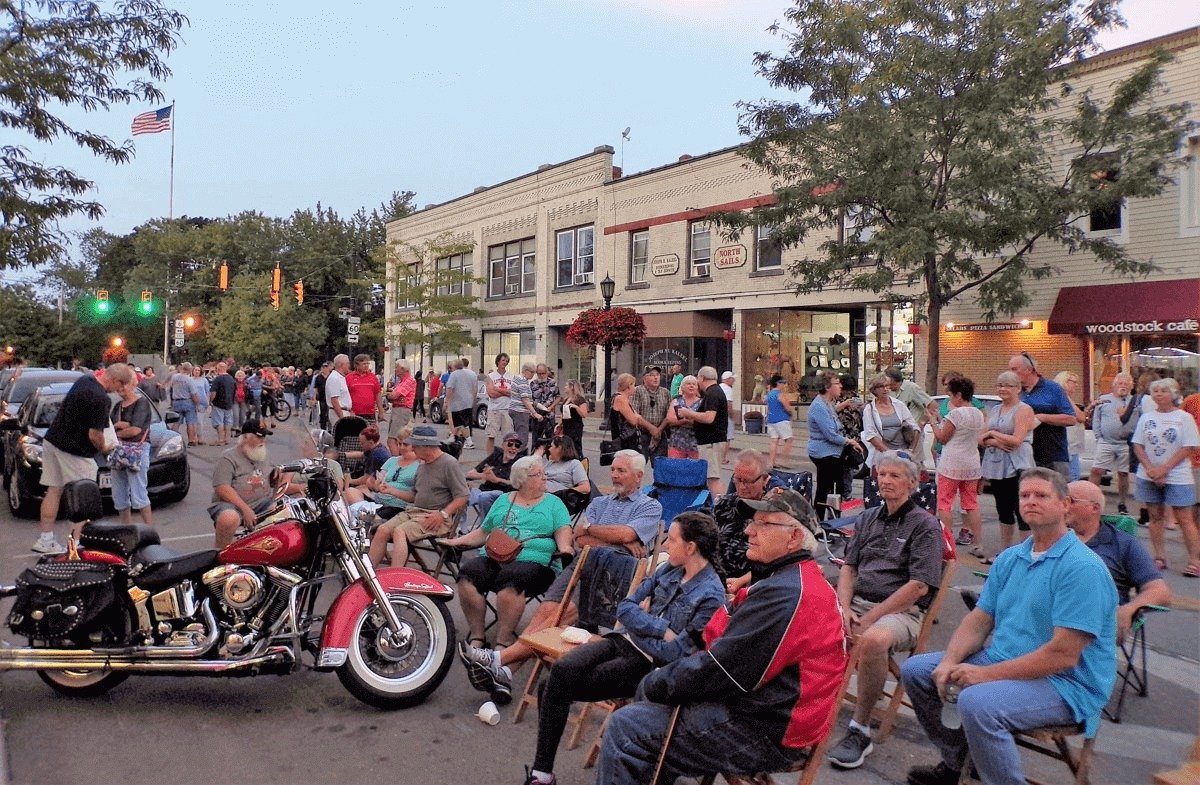 Outdoor movies and concerts are offered all summer long. Holiday trees are delivered by way of the Christmas Tree Ship, Vermilion's re-enactment of the 1887 Rousse Simmons, in December. Celebrate Pioneer Days with food, an open fire, crafts, demonstrations, music entertainment, and touring the historic Benjamin Bacon Homestead of 1845. The Annual Vermilion Ice-A-Fair is a day-long winter event for the entire family filled with glistening sculptures, ice carving demos and more! Art shows are planned throughout the year.
Additional events include Scavenger Hunts, the Annual Chocolate Festival, the Annual Gardeners Fair, the Annual Duck Dash 500, the Vermilion River Watershed Open House, and much, much more.
Vermilion is located on the Lake Erie Coastal Ohio Trail, the Wing Watch & Wine Trail, the Back Roads & Beaches Bike Route, the Lake Erie Circle Tour and the Shipwrecks & Maritime Tales of Lake Erie Coastal Ohio Trail. The area's largest vineyard and winery is located on Vermilion's South Side. 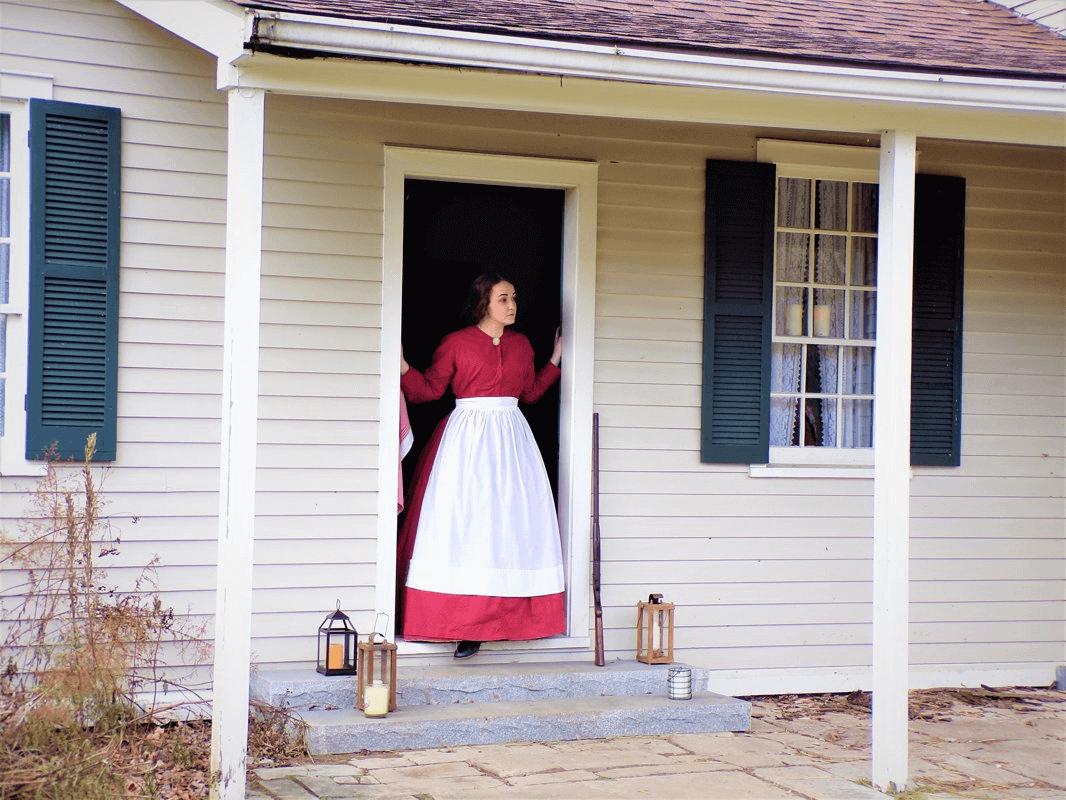 The Arts Guild features rotating exhibits of a new Artist of the Month, as well as special art shows and events. A wealth of art galleries abound in the Harbour Town district. The Vermilion Community Music Association, which features the Community Band, Community Chorus, and the Wind Jammer Dance Band, provides professional music services to numerous events throughout the year. The Vermilion Opera House, built in 1883 in the Vermilion Town Hall, is being restored to house a premier performing arts center featuring high quality touring performers, local theater, music and community events. Ritter Public Library, which is the jewel of our community, provides cultural events, plays, speakers, book clubs, and educational programs to all levels of our community. Meeting and housing space is provided for the many non-profit activities and events in town. 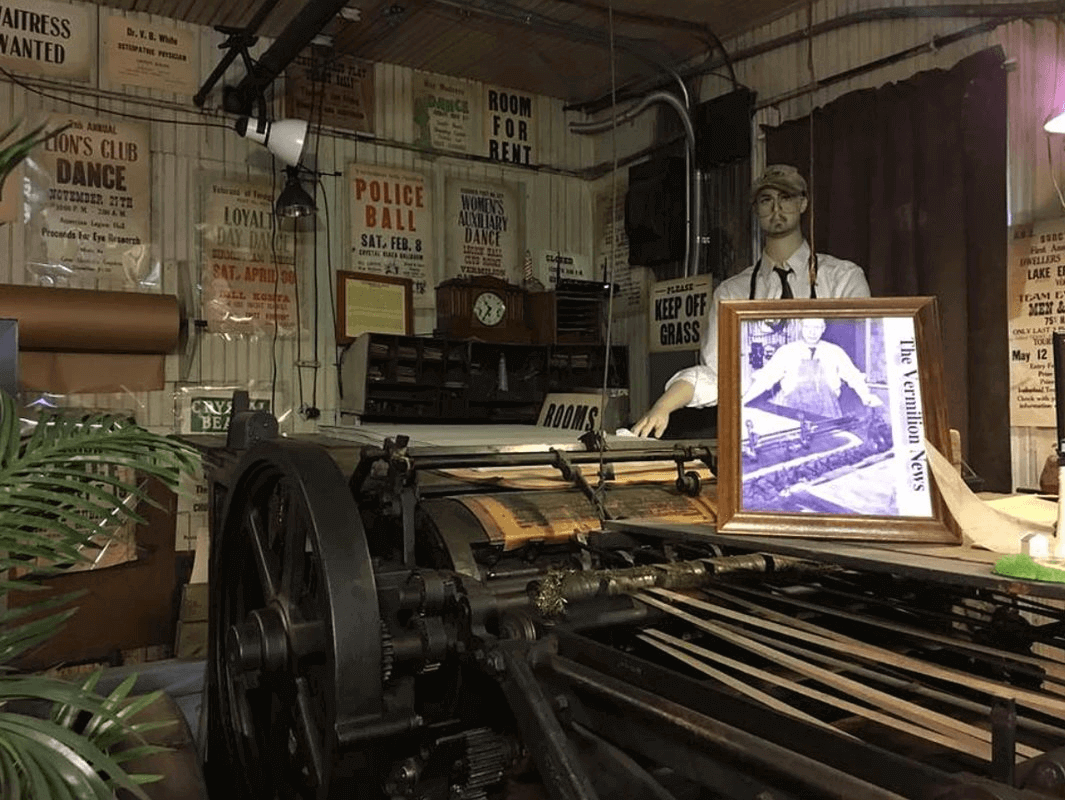 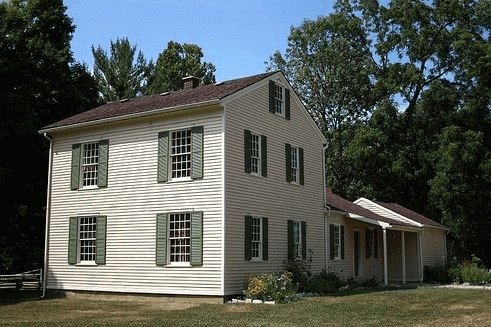 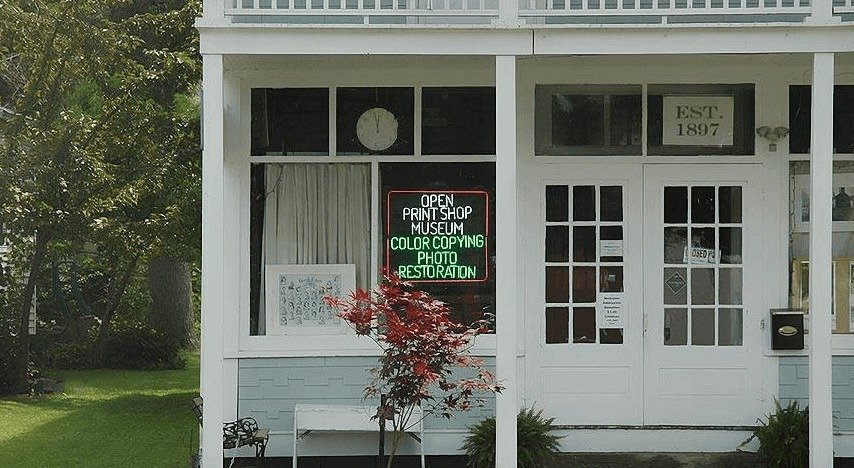 The building was built in 1904 by Caselton Roscoe of Milan, Ohio for his son and daughter-in-law, Pearl and Bessie Roscoe, to house the business. There is an apartment above the shop where the Roscoe's lived and raised their two daughters. Today the apartment has become part of the museum featuring historical artifacts from the printer's family, as well as those from Vermilionites of the past. 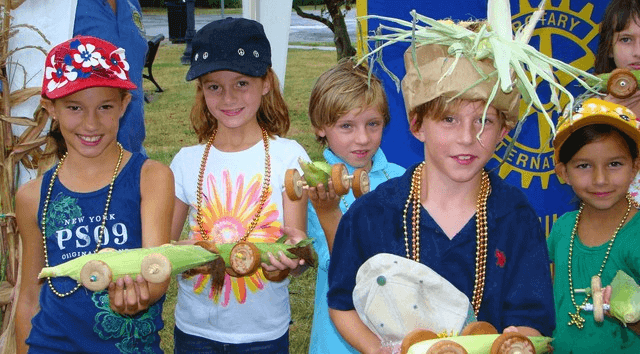 There is something special about preparing home-cooked meals with fresh fruits and vegetables picked up at a farm market within hours of harvest. Discover farm fresh foods at Vermilion's farm markets.  Vermilion markets and roadside stands offer the freshest produce and seasonal favorites.  From homegrown apples, lettuce, corn, beans, cucumbers, brocholi, radishes, cider, gourds, and fall squash - to a vast array of tropical fruits - you'll find everything you need for your cooking needs at Vermilion's own farmers markets and roadside stands. Visit area farms during one of the Pick Your Own seasons.  Families and children gain the learning experience of where food comes from by Picking Your Own.  Relax in the rural setting and soak in the fresh air and sunshine. 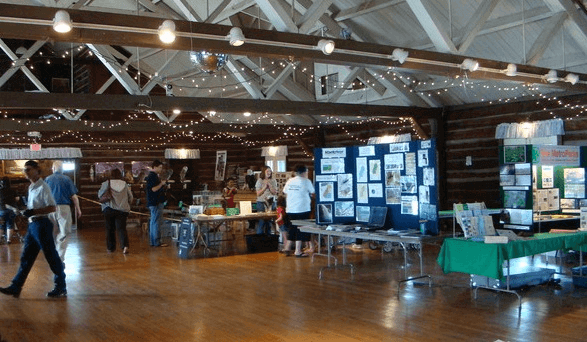 In 1919 a group of investors from the Cleveland area purchased a wooded property with 600 feet of Lake Erie frontage in tiny “Vermilion-on-the-Lake”, Ohio. They cleared the land, and using the very logs they felled, built an approximately 10,000 square foot private community center known as the Vermilion-on-the-Lake Clubhouse.
The big bands of that era were soon accompanied by couples dancing on polished hardwood floors beneath a glittering globe. Those original hardwood floors, framed by the original log walls, are still there today. Soon, “Vermilion-on-the-Lake” became a summer playground and a sparkling jewel for well-to-do residents of western Cleveland.
These pre-Depression era high rollers purchased summer cottages throughout the area and shared access to the clubhouse’s 600-foot pristine and sandy beach. Ladies with parasols strolled the boardwalk of the “Atlantic City of the Midwest”. As late as the 1950’s, top-notch entertainment attracted society’s elite to the “V.O.L.” to see the big bands of the day, including the leading edge sounds of the “Chuck Berry Trio” performing their hit “Maybellene” one summer Tuesday night in 1955.
But, alas, the luster faded. Rising lake levels reclaimed the pristine beach, the economy turned sour and many lot owners looked to sell. Maintenance waned and the original owners agreed to deed the property over to the “Vermilion-on-the-Lake Lot Owners Association”.
During the 1960’s “Vermilion-on-the-Lake”, which had been an incorporated village, was annexed by the then “Village of Vermilion” to create the current “City of Vermilion”.
The VOL (Vermilion-on-the-Lake) Historic Community Center remains today one of the only wedding venue's still situated on Lake Erie's shore. The 'VOL CLubhouse', as it has been called, demands only modest rental fees which assist the effort to save and renovate this historic building.
The Vermilion-on-the-Lake Historic Community Center Charitable Trust is a non-profit corporation formed under the laws of the State of Ohio as a service organization. Besides the restoration and operation of the Historic Community Center, their mission includes community service, involvement in the security of the area through our "Block Watch" program, providing a venue for community fellowship and political discussion, and providing education to our citizens about the history and culture of our area.
Through an affiliation with the Lorain County Historical Society, they seek to emphasize the historic nature of this unique building and encourage the businesses and foundations tasked with preserving our heritage to lend a hand in restoring the Historic Community Center to its once glorious condition.
VOL Historic Community Center is located at 3780 Edgewater Blvd, Vermilion, Ohio 44089. Phone: (440) 967-4118. 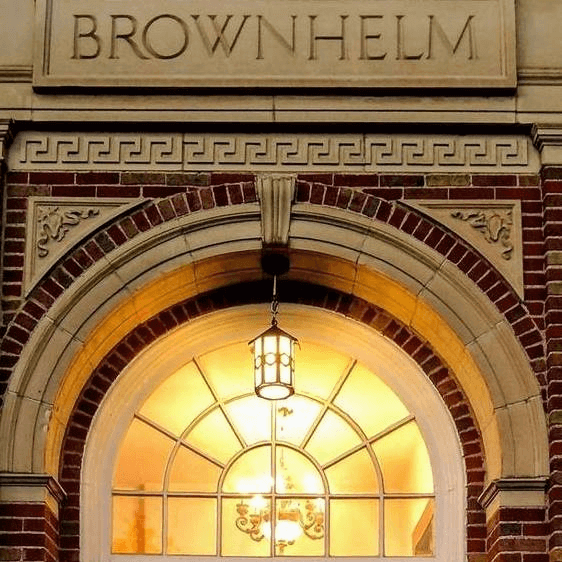 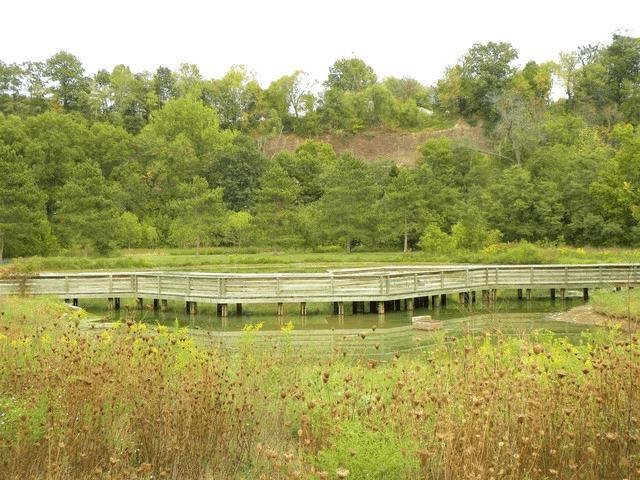